Mexican Chili Peppers are the fundamental ingredients in most Mexican Dishes. Believe it or not, over 100 different chili varieties are used in Mexican cooking; the Chili used is often what defines the dish.

History of Chili Peppers in Mexico:

Mexican Chili Peppers have a complex and interesting history.  The first chili pepper, identified as the Capsicum annum, is believed to have originated in the Mexican states of Puebla and Tamaulipas.

The term “Chili” came from the Aztec language of Nahuatl. While stories indicate Columbus discovered the Chili pepper during his exploration of the New World, they have been consumed by the people of Central and South American since ~7500 BC.

“The Holy Trinity” is a tasty blend of 3 Mexican Chili Peppers. They are a staple in any Mexican kitchen, and are used in many traditional dishes.

Dried, ripe Poblano Peppers, Ancho Chilies have a distinct sweet, fruity flavor and are lower in heat than many other peppers. They are a staple in traditional Mexican dishes, such as Mole sauce and Tamales. 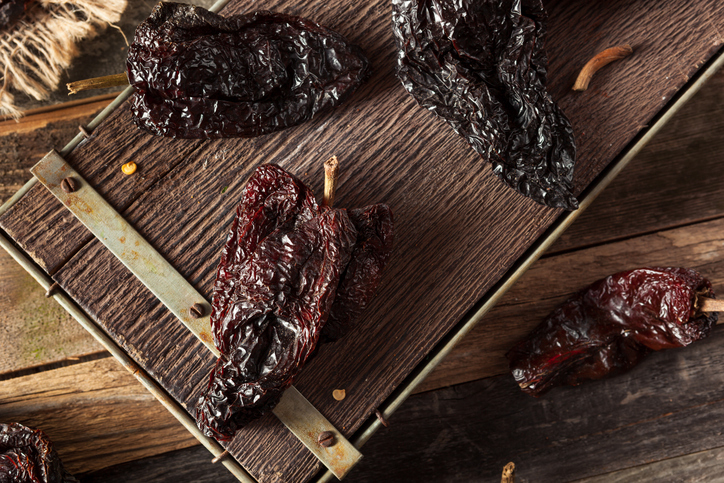 Mulato chilies are also a dried Poblano pepper. However, they are picked when very ripe, so the flavor is distinctly different from Ancho chilies. They have moderate heat, are still sweet like an Ancho, but also exhibit a smokey flavor. Mulato Chilies are the hottest member of the Holy Trinity and are extremely popular in Mexico. 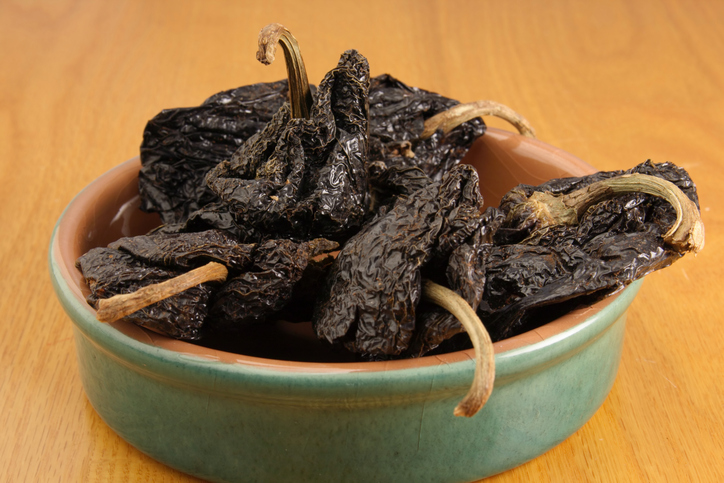 The Pasilla Chile, or “Chile Negro,” is a dried Chilaca pepper. They are mildly hot, with flavors of sweet raisin and coffee. Pasilla chilies are used in a lot of meat and savory dishes, particularly in sauce.

The History of Mexican food is diverse and the Chili pepper is a huge part of that. Benito’s Mexican Restaurant is the place to enjoy truly authentic Mexican food in Texas. Come visit us today for a real taste of Mexico!.