Happy Hour $1 OFF ALL APPS / DRINKS 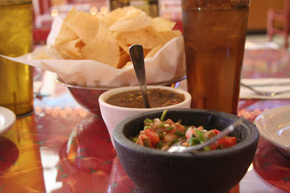 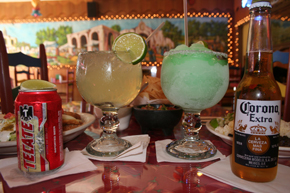 We take great pride in our authentic Mexican cuisine and therefore we’d like to tell you about the difference between the Mexican cuisine we offer at Benito’s and the Tex-Mex that is offered in other Mexican restaurants, so that next time you take a bite at Benito’s you will be aware of the years of tradition and quality ingredients that are within each dish.

The Difference Between Mexican Food and Tex Mex

Sometimes mistaken for authentic Mexican cuisine, Tex-Mex is actually a regional American style of food originating in the state of Texas. It is based on, and inspired by, cuisine south of the border, but has its own distinct characteristics and should not be confused with authentic Mexican recipes. One of the reasons we are informing customers regarding the traditional preparation and ingredients within authentic Mexican food dishes is to preserve the heritage of Mexico’s native cuisine.

The traditional foods and dishes of Mexico date back many centuries, all the way back to the Mayan culture, and the ingredients which were plentifully available. Crops such as corn, beans, and squash feature prevalently throughout Mexico. Rice is common as well, due to its affordability. Avocado is grown easily in the region, and is therefore used widely for its contribution of fat. Protein sources depend on availability. Coastal areas use seafood such as fish and crustaceans, while interior areas use a wide variety of animals. Goat, lamb, chicken, beef, or even frog legs are consumed in homes, as well as the best Mexican restaurants.

Being representative of an entire nation, authentic Mexican cuisine is widely varied. Tex-Mex, on the other hand, is specific to a region of the United States and is thus more limited in scope. Many of the ingredients are used because of their high availability in Texas. Beef is plentiful, for example, because of the Texas cattle industry. While authentic Mexican recipes call for hard white cheeses such as cotija, Tex-Mex generally uses processed yellow cheeses easily accessed in the United States. In addition, a local Texas company created the hard-fried yellow corn taco shells which have become so strongly identified with Tex-Mex food.

Though as a 20th century invention Tex-Mex is fairly new on the culinary scene, it has nevertheless become extremely popular with Mexican food restaurant patrons. As a result, Tex-Mex dishes such as chimichangas, enchiladas, fajitas, nachos, chili con carne, and chile con queso now appear on the best Mexican restaurant menus. These dishes tend to be heavier on the meat, cheese, and sour cream than the best Mexican food recipes which are focused on beans, corn, and vegetables. For this reason, some restaurateurs are even offering separate Mexican and Tex-Mex menus in order to please all of their patrons.

Authentic Mexican and Tex-Mex cuisines are closely related, but distinct. In the United States, Tex-Mex style food may be less intimidating due to the familiarity of most of the ingredients. Both styles of food are delicious and deserve appreciation in their own rights, but only one cuisine can be called “authentic Mexican.” Once an adventurous eater has experienced the flavors of Tex-Mex, they may be more open to trying traditional Mexican dishes such as our codorniz a la Mexicana (quail Mexican style), ceviche, tamal oaxaqueno (tamal wrapped and baked in banana leaf), or huachinango ala veracruzana (Broiled red snapper).